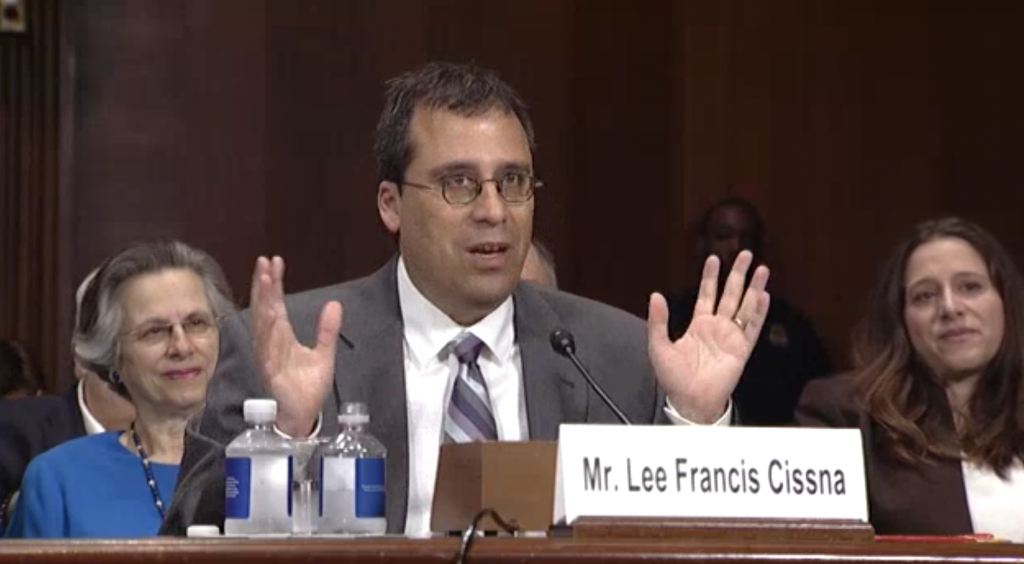 Lee Francis Cissna has been sworn in as the Director of the United States Citizenship and Immigration Services (USCIS), which allows him oversight of all lawful immigration. For much of his career, Cissna worked as Director of Immigration Policy at the Department of HomelandSecurity (DHS), which houses the USCIS. His move to takeover direction of theUSCIS faced relatively little opposition, as the Senate vote adhered closely to party lines during his Oct. 5 confirmation hearing.

The effect Cissna’s leadership will have on the immigration zeitgeist remains to be seen, but there are some clues out there.

Cissna was detailed to Chairman Chuck Grassley’s staff at the Senate Judiciary Committee from 2015 until earlier this year. Grassley, R-Iowa, is known for being tough on immigration and has led the effort to reform the H-1B visa program. As his placement with Grassley’s committee most likely confirms, Cissna is believed to have worked closely with Grassley on both harsh policy and rhetoric related to immigration reform.

The Softer Side of Cissna

Cissna testified before the Senate Judiciary Committee in May – his initial vetting following his nomination – where he waxed somewhat poetically about his own family’s close ties to legal immigration, stating that both his mother and mother-in-law immigrated to the U.S. Cissna went on to say that, were he to be confirmed,“these experiences will undoubtedly illuminate everything I do as USCISDirector.”

That all sounds very immigration friendly.

The Rest of the Story

Cissna’s responses to follow-up questions at the hearing, however, belie different tendencies.Regarding Trump’s executive order banning entrance for people from sevenMuslim-majority countries, Cissna begged off, citing ongoing litigation, and, ultimately, committed only to his belief that people shouldn’t be denied entry on a “solely” religious basis. The focus of Cissna’s responses skirted the issue of bolstering high-skilled immigration mechanisms, such as the H-1B visa, and instead chose to focus on his adherence to immigration policy that advances the U.S. economy and better positions Americans in the workforce.

Cissna declined to further elaborate regarding any plans he may have related to immigration policy changes.

Cissna also had close ties to Donald Trump’s presidential campaign, and he revealed in the public version of his nomination questionnaire that, beginning in September 2016, he volunteered his immigration expertise to the campaign about once a week. In his own words, he “offered technical assistance to the campaign regarding immigration policy and operations.” He clarifies this further by explaining that his volunteer work was primarily related to employment-based visa policies.

This last comment has the potential to strike fear in the many employers who rely upon employment-based visas to bring in foreign talent.President Trump’s own firm stance on tightening immigration is well documented, and it’s not a huge leap to deduce that Cissna is, at the least, philosophically aligned with that stance.

Cissna’s restrictive inclination toward immigration is well established. As for changes in immigration policy, watch this space.