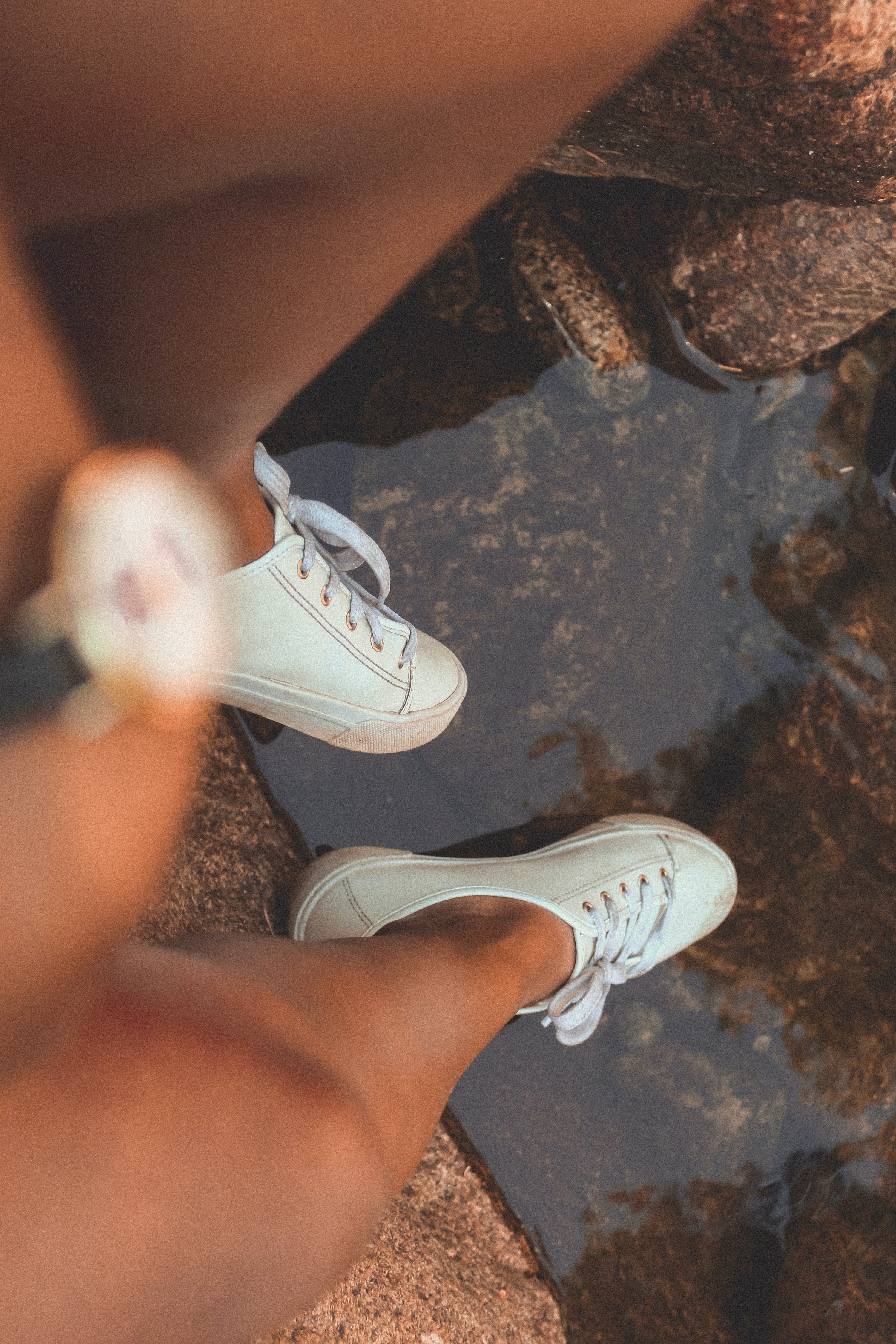 Not Equal in America: My Immigration Story 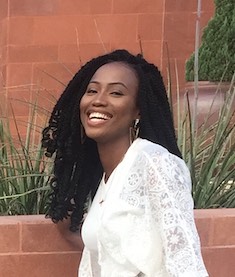 Q: You mentioned you’ve lived in Nigeria and Ukraine. What brought you to make the decision to immigrate to the United States?

A: I never thought about migrating to the U.S. post-graduation of medical school, but there are many great urology residency programs in the U.S. I had done so much research only to see that it was just research, none of the information I found was true or I could actually apply in real life.

I didn’t come to the U.S. on a regular visa, I came on a K-1. My fiancé at the time just graduated from pharmacy school so we thought we would both start a life here together. I was coming to join a residency program, but I was also getting married. If I look back, I wouldn’t have come on a K-1. I would have tried to get an H-1B because that was the beginning of my problems, the K-1.

I was trying to get into a urology program or go to PA school and I got as many rejections as I can think of because I wasn’t in status. I was calling USCIS every day because I couldn't get a work permit. I couldn’t go to school, I couldn’t get any government benefits, and I couldn’t go home. I was just waiting for USCIS to make a decision. At that point, I wanted to go home but I found out from USCIS that if I went home I was abandoning the Green Card petition so I would have difficulties coming back on an H-1B or another kind of visa. It was like I was between the devil and the deep blue sea.

It was like house arrest when I had done nothing wrong. I kept calling USCIS. It took two years for USCIS to work on my case, whenever I called they would say they were still working on cases from 2016. That means I could be here for two years… not working, not moving forward, just waiting. I tried to volunteer to take care of kids so I wouldn’t lose my mind, but it required a work permit. Every time I thought of traveling out of the country I knew I would still get stopped and possibly have to explain why my visa had expired.  I had to live in fear that ICE would knock on my door and ask me why I was out of status holding only my notice of action from USCIS to show I was in the process.

Q: It’s crazy that you had so much talent and trying to apply for your degree and residency and it was your expectation that you could come and practice in the U.S. and you were just sitting on your hands waiting for USCIS. How did your experience compare to what you expected?

A: I feel like I set very little expectations for coming here. I had read and done some research so I felt like if it didn’t work out I would wait it out for 6 months, 6 months was fine, but I didn’t know that I would be stuck. When you are an immigrant in the United States your hands and your legs are tied because everywhere you go people want to remind you that you are an immigrant.

If I was going by everything I had seen in the movies it was like America should be a utopian -- people singing, dancing, going to the prom, but then I came here and it was very different. People reminded me a lot about how different I was. At a point, I started struggling not to fit in, started struggling to prove to everyone that I deserved to be here.

When I went to the office for benefits, the officer said, “Do you even speak?” I was speaking English, but I have an accent. Other people say, oh she speaks French, she is African, and then they started speaking to me in French. I just started not speaking or speaking less so they didn’t feel that way about me or pick up my file.  Sometimes people would yell, “Go back home. Go back to your country!” I would say, “I want to and I just cannot.”

A lot of people feel like immigrants are uneducated or because you are an immigrant you just don’t know as much as they know. It was all just getting the point that I don’t belong here and as much education I had -- it is not an American education. I just had to start realizing there are some spaces where I don’t fit in and there are some spaces where people will not accept me for where I am coming from and that is fine as long as I accept myself.

Q: Where did you find your strength to keep going?

After that, I had to start reading books, and I realized I deserved to be here. I had to tell myself that I don’t know everything and it’s not my fault that people just don’t want to accept me and I have to work extra hard for people to agree that I deserve to be here. I have to grow tough skin and just tell myself that I was going to get through it. It has been two years, if I give up now, what will I have achieved in my two years?

I just realized it was just the space I was pushed into as an immigrant, having to prove and prove and prove. When I got out of that space and stopped feeling like a victim, I felt a lot better.  I love the ingenuity of just finding ways to continue improving yourself, even though it felt like systemically I kept getting stuck, I kept finding ways to keep growing and learning.

Q: What role did your family help you play in getting you over here and what is their role now?

A: My family wasn’t excited about me immigrating here because we watch the news and see a lot of information about America and, for them, it was scary because we always thought this place wasn’t exactly safe. My uncle was in the Navy and he died in the Navy so the last thing we saw of my uncle was a flag. They were wondering if they should support my dream. Or should they not support me so they don’t lose me in the process?

My family is close-knit so they were really worried but all they could do was wish me well and say their goodbyes. The times when I would call and tell them what was happening they would be afraid, they would pray for me, they would cry with me, or they would tell me how it would get better. My mom always told me, “You’re brave, so be brave.”

Q: Were you able to find community, have you found ways in which to feel connected back to Nigeria?

A: Not really. At that point in time, I lived in an area of Texas where there were not so many black people even when I was in places where there were Nigerian people, immigration was still that topic that was just in the air. I really wanted to talk to people about how I felt and connect with someone but you cannot because you are really scared. I did everything I could possibly do and did everything right, but you start to feel disconnected from people. I couldn’t just wake up and drive to wherever I like, I had restrictions on my driver’s license, going to visit family in another state was an extreme sport. I didn’t really want to go anywhere. I never really found community, I still haven’t found a community, I probably won’t.

Q: What do you think is the thing you are most proud of and why?

A: What I am most proud of is that I was able to pick myself up and despite everything that has happened, that I kept on believing that change would actually come and after all that time I am still here, I am still moving forward and still learning. I learned to not worry about how others perceive me or having to worry if they would accept me. I am proud of the fact that I came into my own, I would be my own fan club regardless of how other people felt so personal growth was the biggest thing for me.

Q: How has immigrating changed you, how has it made you into the person you are today?

Q: What are you hoping to be able to accomplish in the future?

A lot of us immigrants have to just do what we have to do to get by so I would like to show people that immigrants are people, they want good lives, great things, the same things you want; they are people like you, they have brothers and sisters, kids, families, and they just want to get by. It doesn’t work to just try to get to know them and just extend the hand, you have to extend partnerships to them. I have been on my journey not just from someone who is on the outside looking in but someone who has lived it. I haven't been through everything a lot of immigrants are faced with, the thing the journey took away from me was time and a little of myself.

Q: Is there anything else that wasn't asked that you would like to talk about?

A: People should understand that you can actually have a valid visa and not get into this country. You hear, ‘follow your process and get a visa like everyone else,’ but when I got here I spent three hours at the border verifying everything with a valid visa, it was a long journey. The process to interview was two years to get to the border and, after all that, my fate would be decided by two men who would have to decide how they felt about me. Imagine if I looked really shady, or I hesitated, they would say, "Oh the person panicked, they hesitated to answer a question. The scariest moment for me was at the border to see if I would be allowed to come into the country at all. I had to wait for them to decide if I was good enough to come here.

As an immigrant, you go through so much to come here and I wish people would understand those things and be more welcoming of us. For me, as a black person, a woman of color, it is a lot more difficult; besides the embarrassment of being pulled aside when everyone is going about their business, there is also fear and judgment that you feel. Even being on a Green Card now, I went to Mexico with my family, and then when I went back into the United States it happened again. Even when you have a Green Card you still get all of those things that happen to you. You just don’t want to keep going through it again. Even if you have a Green Card they can still deny you entry, it’s crazy.