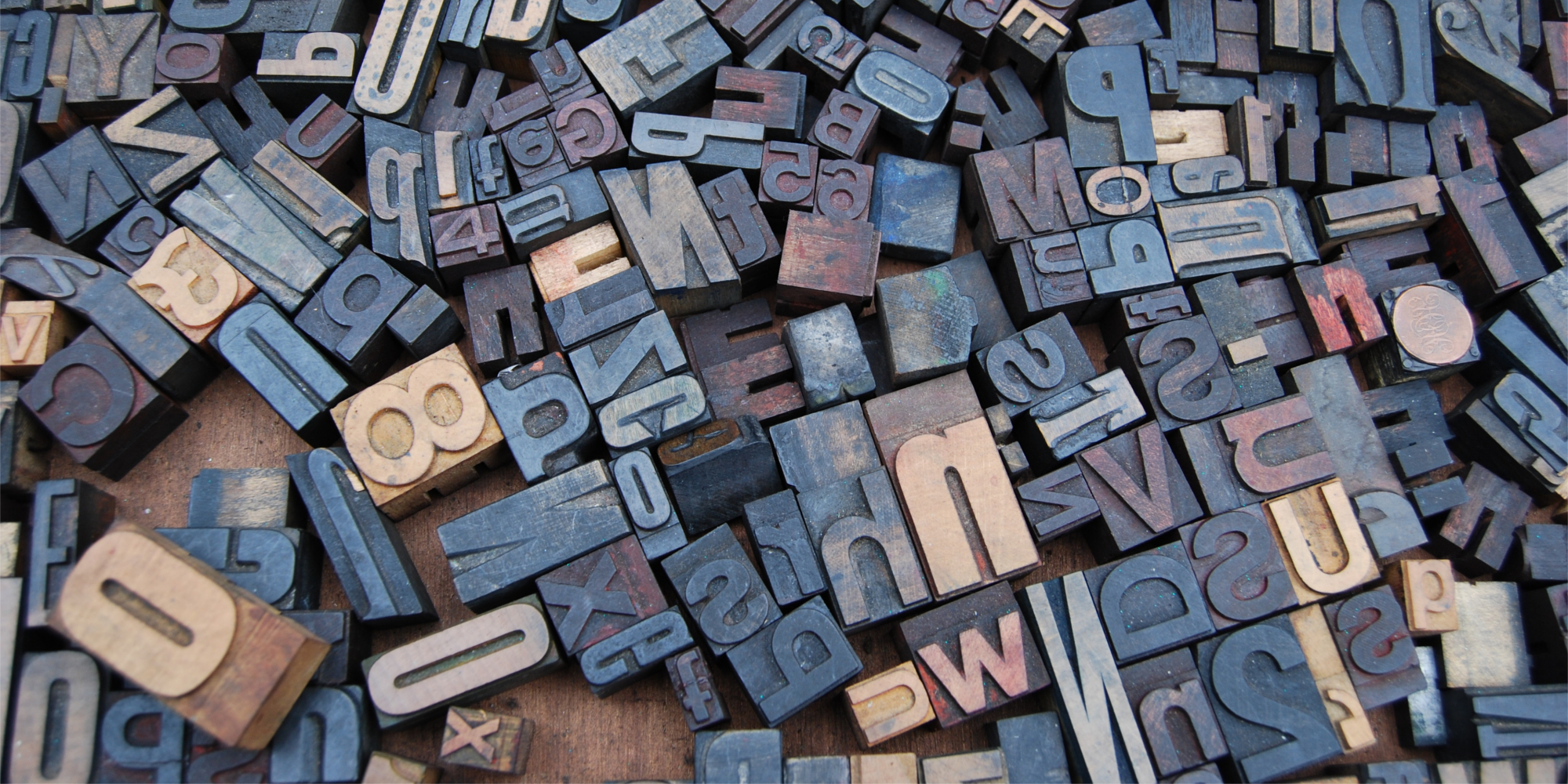 The world of employment-based immigration can be tricky to navigate. Whether you're new to the process of hiring foreign nationals or a longtime employer looking to brush up on your terminology, look no further. This comprehensive employment immigration glossary covers the core definitions you and your team need to know.

The process of obtaining permanent residency (e.g. a green card) while remaining inside the United States.

A document that allows a foreign national to re-enter the United States while being in the process of Adjustment of Status.

The A-number identifies aliens in the U.S. as having been approved for legal immigrant status. It is also assigned to certain nonimmigrants.

A date on the visa bulletin that defines when a visa may finally be issued.

The person on whose behalf a visa application is being filed.

If approved, a blanket petition allows L-1 intra-company transfers to the United States between the parent company, affiliates, subsidiaries, and branches. Each participating company has to be approved and listed on the blanket petition.

Certain F-1 students with approved or pending H-1B applications are eligible for the Cap Gap extension. The Cap Gap extension allows the students to remain in the U.S. lawfully if there is a gap between the last day of their OPT status and the first day in H-1B status.

The status of a visa application currently pending with USCIS. https://egov.uscis.gov/casestatus/landing.do

While a foreign national is physically present inside the United States on a nonimmigrant visa, a “Change of Status” petition can be filed on his or her behalf to officially change the foreign national’s visa status, for example from L-1 to E-1, without the need to leave the country.

The process of obtaining a visa or permanent residency through a U.S. Consulate or Embassy while not being physically present in the U.S.

The country a person was born in.

The country in which a foreign national has citizenship, for example by birth or naturalization.

CPT gives international students the ability to work an off-campus job or participate in an internship that relates directly to their main field of study.

“With more than 60,000 employees, U.S. Customs and Border Protection, CBP, is one of the world's largest law enforcement organizations and is charged with keeping terrorists and their weapons out of the U.S. while facilitating lawful international travel and trade.” https://www.cbp.gov/about

The date on the visa bulletin which indicates the earliest date a foreign national may apply for their adjustment of status.

“The Department of Homeland Security was formed in the wake of the terrorist attacks of September 11, 2001, as part of a determined national effort to safeguard the United States against terrorism. The Department became the third-largest federal department, bringing together 22 different federal agencies, each with a role in this effort.” (DHS)

“As an organization with diverse functions, DOL carries out its mission through a number of offices and agencies. These are organized into major program areas, and headed by an Assistant Secretary or other official”. (DOL)

The specific Service Center a petition has to be filed with. When sending a petition to USCIS, always check the direct filing address for each petition directly on uscis.gov

A document issued by a designated sponsor organization, such as a college or university, that allows a foreign national to apply for a J-1 visa.

Form DS-160 is completed by a foreign national and submitted online, to help determine eligibility for a nonimmigrant visa.

The indication of D/S on the I-94 Entry Record indicates that a nonimmigrant’s legal status can be extended past the visa expiration date, given that the nonimmigrant is compliant with all visa regulations.

The first preference category for employment-based immigrants, EB-1, includes foreign nationals with extraordinary abilities, outstanding researchers and professors, as well as multinational managers and executives. Each foreign national must fulfill multiple requirements to be considered as one of those categories.

The second preference category for employment-based immigrants, EB-2, includes foreign nationals holding an advanced degree or its equivalent, as well as foreign nationals that are considered to have extraordinary abilities within their profession.

The third preference category for employment-based immigrants, EB-3, includes foreign nationals who are considered skilled workers, professionals, or other workers.

“E-Verify is an Internet-based system that allows businesses to determine the eligibility of their employees to work in the United States.” (USCIS)

The EAD document allows foreign nationals that qualify under one of the eligibility categories to legally obtain employment in the United States.

An “Extension of Status” petition can be filed directly with USCIS to extend a foreign nationals visa status while he or she remains in the United States.

Each form has a specific fee that has to be submitted along with a visa petition.

Anyone who is not a U.S. national or a naturalized citizen of the United States is considered a foreign national.

A foreign national who has been lawfully admitted to reside in the U.S. permanently.

A foreign national’s immigration record documents all entries and departures to and from the United States. Until 2011 the I-94 used to be a physical card, but can now be accessed online.

A document issued by a designated sponsor organization, such as a college or university, that allows a foreign national to apply for a J-1 visa.

As part of the PERM process, the Labor Certification shows that there are no qualified U.S. workers for the position the immigrant visa petition is based on.

A document that certifies a petitioner’s compliance with local wages and working conditions to ensure that workers are not negatively affected by hiring foreign nationals in similar positions.

A foreign national is considered a Lawful Permanent Resident once he or she has successfully obtained a Green Card.

A letter submitted along with a visa petition, written by the petitioner on behalf of the beneficiary.

The maximum period of time a foreign national is allowed to physically remain inside the United States.

Anyone lawfully admitted to the United States for a limited period of time is considered a nonimmigrant.

OPT allows F-1 students to accept full-time employment which is directly related to their main area of study. OPT can be completed before or after completion of the degree, and is limited to 12 months.

A lawfully admitted foreign national, who is residing in the United States permanently, but has not obtained United States citizenship.

The company or individual filing a visa petition on behalf of a beneficiary.

A prevailing wage determination has to be obtained from the Department of Labor. Its purpose is to show that no U.S. workers’ salaries or working conditions are adversely affected by hiring a foreign national in a similar position.

The individual named in a visa petition is considered the principal applicant. As such, any dependents of the primary applicant included in a petition are considered derivative applicants.

The priority date is assigned to applicants for permanent residency and is based on varying factors within the employment-based and family-based categories. The priority date determines when the I-485 Adjustment of Status application can be filed.

See “Recapture”. A visual overview of all days spent outside the United States, which is then included in the supporting documents of an Extension of Status petition.

The receipt number is a unique identifier included on the form I-797, which is being sent out after USCIS received a visa or green card petition. The receipt number can be used to obtain the case status of a petition online. See “Case Status”.

Recruitment (with regard to PERM)

The process of recruiting U.S. workers for a position before the PERM labor certification can be filed. Employers are required to show that there are no qualified U.S. workers for the position the green card process is based on.

There are five USCIS Service Centers. Each one is responsible for processing a number of different visa types. Before filing a petition with USCIS, make sure you file it with the correct Service Center.

Also commonly referred to as the petitioner, the sponsor is the company or individual filing a visa petition on behalf of a beneficiary.

SEVIS is an online system that keeps track of international students and exchange visitors in the U.S.

STEM refers to the fields of science, technology, engineering, and math. In business immigration, this term is most commonly used to refer to foreign nationals that hold college degrees in those fields of study.

“U.S. Citizenship and Immigration Services (USCIS) is the government agency that oversees lawful immigration to the United States.” (USCIS)

The visa bulletin lists the priority dates and deadlines for filing employment-based and family sponsored adjustment of status applications.

The physical visa which is placed in a foreign national’s passport in order for him or her to enter the United States. The visa includes details such as personal information, a biometric picture, as well as validity dates.

The stamp that is placed in a foreign national’s passport when entering the U.S. at a Port of Entry. The stamp states the type of visa, date of entry, and validity dates.

If you want to level up your immigration knowledge even further, USCIS has an extensive glossary of keywords and A-Z Index for more of your direct search inquiries. Our approach to service is high-touch and personally-oriented, emphasizing process transparency and clear communication to relieve applicant anxiety and assure that nothing falls through the cracks. Connect with us at suggesstions@bridge.legal