10 Issues That Could Affect Your Immigration Eligibility

Conversation around U.S. immigration law generally revolves around the set of requirements an applicant must answer "yes" to in order to be eligible. For example, to be eligible for Obama's Deferred Action for Childhood Arrivals (DACA) program an applicant must have arrived in the U.S. before their 16th birthday, continuously resided in the country since 2007, and meet certain education requirements, among other requirements.

However, the equally important set of facts that are often overlooked are the ones that make a candidate ineligible for permanent immigration opportunities. These are referred to as "grounds of inadmissibility" in immigration law circles. It's very important to understand these 10 key reasons for ineligibility. Answering "yes" to any of the issues below may put you at risk for a denied application.

1. Health-related issues: Are you a drug user or addict? Do you have an infectious disease that poses a threat to public health? Examples include leprosy and tuberculosis.

2. Crime-related issues: Have you committed or been convicted of a crime involving fraud, theft, harm to a person or thing, or other such criminal behavior? Inadmissibility on criminal grounds is complex so what crime you committed and when are all factors that a lawyer would consider when evaluating your case.

3. Security-related issues: Does the government have a reasonable case to believe that you are a threat to national security (e.g. involved in espionage, member of a terrorist group)? This issue is less common, but certainly important.

4. Public charge grounds: Are you or will you likely become dependent on the government for basic living expenses like food and shelter? More information here from the National Immigration Law Center (NILC).

5. Labor certification: If you are applying for certain employment-based visas, are there U.S. workers that are qualified for the position? If so, you may not be offered the position on a permanent basis.

6. Immigration status violations: Did you enter the country without permission from the U.S. government? Did you fail to attend removal proceedings? Have you entered the country fraudently (e.g. fake documentation)? Other such violations of immigration law are grounds for inadmissibility.

7. Documentation requirements: Is your visa expired or are you missing other valid unexpired documents required as part of the application process?

8. Draft evasion: Did you depart from or stay outside the country to avoid service in the armed forces during war?

9. Previous unlawful presence: Have you been deported or did you leave the country while a removal order was outstanding? This does not entirely exclude you from eligibility, but you may need to wait 5-20 years between the time of this removal event and your next application depending on a number of factors.

10. Miscellaneous: Have you done any of a number of actions frowned upon by the U.S. government including polygamy, unlawful voting, renounced U.S. citizenship in the past, or other actions that fall into this bucket.

This isn't meant to be a comprehensive list. Instead, our goal is to increase awareness of the types of issues that can make you ineligible for permanent residence or immigration opportunities more generally. If you fall into one of these camps, don't be immediately discouraged. There are plenty of ways to still maintain eligibility. You'll just need a good immigration attorney. Need help finding one? Check out LexSpot or get a referral from someone who has been through the same situation. 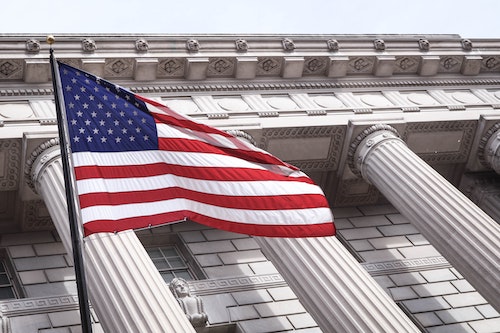 On September 24th, the Department of State released their October 2020 visa bulletin that dictates when foreign nationals are eligible to file their Adjustment of Status (Form I-485) applications and new filing dates for EB-1, EB-2, and EB-3.